This is me: Darya Dmitrieva

Darya Dimitrieva. She's captain of CSKA and the Russian national team, but did you know when she was 14 the head of her handball school in Togliatti told her she had no future in the game. So she moved to Volgograd. That - together with the support of her father - led to a series of events that helped shape her career and her life. Now one of Russia's biggest stars, Darya has her eyes on the DELO EHF Champions League title. Here, in her own words, she tells her story of how family, a water polo player and her dad made her the person she is today. If you read one thing this week, make it this.

This is Me: Darya Dmitrieva
Living Dad's dreams

There is no need to say that family is very important for any person. And I am no exception.

My father Evgenii was a hockey player. However, he could not reach the top level and played only in regional competitions. Besides, he finished his career early due to persistent injuries.

But I think that he made his dreams come true in me. When I was a kid, he attended every match I played. Sometimes he even helped my coach, who had to take care of several teams at the same time.

He was involved in all my handball activities – probably because he could not fully realise himself as a sportsman. And later, when I became a professional player, Dad behaved like my second coach. He used to call me after matches and explain my mistakes. Now he doesn’t do it anymore as he knows that I perfectly realise what I did right or wrong.

In my hometown Togliatti, we have a hockey team Lada, who compete at a high level. My father never played for them, but he is a devoted fan, and when I was a kid, we spent a lot of time at the rink supporting them. Even now, I recall some matches of the Russian league that I visited, for example against Ak Bars from Kazan.

I have never tried playing hockey, but I wanted to do sports gymnastics when I was seven. However, the coach said that I was not suited for that sport. I remember I was frustrated, and my father suggested trying handball, as training sessions took place in the same building as gymnastics.

I agreed, and we went to the hall where I saw several coaches, a woman and a few men. “I want to be coached by the woman,” I said, and Dad asked her: “Will you accept the girl?” She accepted me. And that was my first coach: Nina Boyko.

When we talked to Nina, I was standing on the stairs, and the coach thought I was quite tall. But the next day, when I came to my first training session, it actually turned out that I was the shortest of all girls in the team. Still, I liked playing handball, and I think I hit the nail with that choice. I thought this is exactly the sport for me.

Unlike Dad, my mother Natalia never cared for sport – as she says, she even cannot ski. My younger brother Pavel is actually the same – maybe he was expected to become a hockey player, but in fact he is a creative personality and now is studying at an art school, planning to be an actor. In fact, he also took after our father, who likes to sing and dance. I also love singing, in particular karaoke, and I do it quite well. And being artistic sometimes helps on the court, doesn’t it?

When I was 14 I had a tough decision to make. I had to leave my family. At Lada, they did not see any future for me. The head of the handball school said that I did not have a chance to make it to the first or second team, and I should move elsewhere. Besides, my coach was leaving for Krasnodar. While at Dinamo Volgograd, the coaches were interested in us.

So I opted to move to another city. Well, in fact you hardly decide anything at 14. My dad asked me: “Do you really want it?” I said yes, so he said I should go fit it. So, together with a few other girls, I went to Volgograd. My mother was shocked, she was like: “Where are you going so early?”

At the beginning, it was hard to live in dormitory, without mum and dad, as I had been used to living on everything ready. I missed my family, but it took me about half a year to adjust. It was easier once I settled in the team.

At 14, I hardly knew anything about the Russian Super League, but already at 16, I made my debut in it. I remember how scary it was at first to train together with experienced players like Anna Sedoykina and Olga Akopyan, who is now my head coach at CSKA.

Now I think that moving to Volgograd was the best decision in my career. Had I stayed in Togliatti at that age, I could still have become a professional, but would hardly reach such a high level. That said, in 2014 I moved back to Togliatti and played five seasons for Lada before joining CSKA.

Besides, it was in Volgograd that I met my future husband Igor, a water polo player. It was probably destiny. He is originally from Belarus, but moved to Volgograd a few years later than me. Polina Vedekhina, who is now my teammate at CSKA, was dating another water polo player at the time, and when I was 19 they once invited me to a New Year’s party. Igor was there, so we got acquainted.

I cannot say that it was love at first sight. He had to try hard to impress me, but ultimately he succeeded. I liked Igor because he is a very gallant person. He gave me flowers and opened the doors for me. He behaved like a real man, which I appreciated.

Water polo is a sport I have never played, but I would love to try it. I think it’s very similar to handball, just they play in water. There are also seven players per side, including a goalkeeper. Positions are pretty much the same, even if they are called differently. However, in handball back court plays a key role, while a line player is more dependent on his teammates. In water polo, a centre forward, who is similar in their functions to a line player, is a crucial player who draws the defenders’ attention.

My husband plays on a position which can be compared to left back or left wing in handball. We actually have a never-ending argument: Igor says that if he stands in the water polo goal, I will never score a five-meter penalty throw past him. I am pretty sure that I could manage it — why not? Some day we have to try.

I think Igor could also have made a career in handball if he had started playing it in his teenage years. He would probably have become a left back – however, his brain works well, too, so he could be a playmaker like me. But with his height of 202 cm, I think he would be primarily used as a left back.

So, yes, there are two athletes in our family. Does it make things easier? Sometimes yes, but not always. For example, at times I want to talk, but he is frustrated after a poor match, and he prefers to keep silent. And vice-versa…

It is no secret that I moved from Lada to CSKA because I wanted to be closer to Igor. We were already married, but had to live separately, as I played in Togliatti, and he defended the colours of Dinamo Moscow. So I relocated to the Russian capital when CSKA was founded in 2019, but unfortunately, then my husband’s team started to face problems. Dinamo had a very good president, but he passed away, and the situation changed for the worse. The club reduced the salaries almost by half, and my husband decided to leave. Being an athlete myself, I fully understand what he was going through. Now he is a player of Sintez Kazan, so we again have to live separately. Igor will play the Russian League final against Dinamo, while I play the decisive games against Rostov, and we watch each other’s matches.

Obviously, there are more negatives about living apart, but a few positives, too. We do not see each other often, but when it happens, we are very excited, because we really miss each other.

As I said before, my husband was born in Belarus, but he took the Russian citizenship and also plays for the national team. Maybe he has not played as many games as me and has not become an Olympic champion, but I don’t think he is jealous of my achievements. He is just happy for me.

Family can help you in difficult times. That happened when I got a severe Achilles tendon injury and had to miss the entire 2019/20 season. It was the first serious injury in my career, and it was a hard blow, so first I withdrew into myself, I needed to understand myself better. But then I felt the support of my dearest people, and of course it was helpful.

We are thinking about starting a family, but still I do not know when it will happen. For now, I’m fully concentrated on handball. Now we have a chance to become Russian champions, and next week, CSKA will play the DELO FINAL4 in Budapest. Then I will have a short two-week break – we are planning to go to Togliatti and then spend some time in Dubai. We will then start preparations for the Olympics with some fresh energy.

When I became an Olympic champion in 2016, I was just 21 and did not really feel the whole scale of it. I was younger; things were easier then, and it felt like just another competition. I was like: “Oh, we won, and they will give us a car? Really? Great!” By the way, we were really given cars for that triumph, and I still drive mine.

But now I take the Olympics much more seriously, and of course I want to become its two-time winner. And what will happen later, I don’t know… 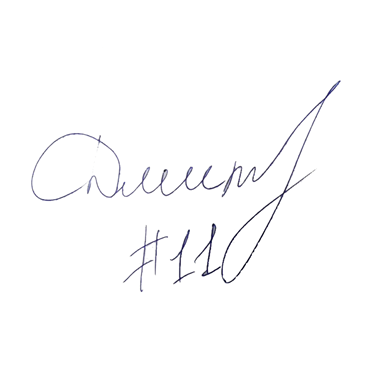 GROUP A REVIEW: A 10:3 start in the second half helped FTC-Rail Cargo Hungaria seal their first win of the season

Friendly rivalry between Rostov and CSM turns into a rout

GROUP A REVIEW: CSM Bucuresti make their worst-ever start in the DELO EHF Champions League after losing the second game in a row

SUMMARY: Coverage of the eight matches in round 2 of the DELO EHF Champions League 2021/22