In the current DELO EHF Champions League, only two teams still boast a perfect record: Györi Audi ETO KC have won all four matches so far, and Metz Handball have claimed victories in all of their three games. But on Saturday, at least one of these sides will drop their first points, as the two will clash in the Match of the Week in France.

In group A, Rostov-Don will be looking to consolidate their table lead in the home game against BV Borussia 09 Dortmund, who conceded their first loss this season in last week’s game against CSM Bucuresti.

The Romanian side eye a third straight win, against Buducnost BEMAX, while FTC-Rail Cargo Hungaria face Brest Bretagne Handball on a quest to secure their status as the only unbeaten side in the group. 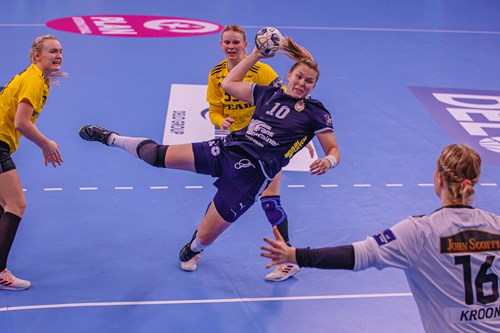 Next Article Sarah Bouktit: The fans, the noise...We cannot wait to play in our arena again