Yérime Sylla is back at the helm of the Belgian men’s national team for a third time, trying to revive his mission that was left stranded almost four years ago.

It would have been the Red Wolves’ first appearance at a major championship.

However, a 33:30 defeat against neighbours Netherlands dashed their hopes of a trip to Germany-Denmark 2019 – and prompted Sylla to quit and focus solely on his duties as club coach at Cesson Rennes MHB.

But Sylla is back in charge of Belgium again.

He only started his work with the team on Monday, two days before Belgium host Greece (live on EHFTV on Wednesday at 20:15 CET) in their first qualifier for the Men’s IHF World Championship 2023 in Poland and Sweden.

Belgium will travel to Kosovo for their second qualifier on Sunday, while Turkey are the fourth team in the group. After the two rounds this week, the group will be played to a finish in January 2022.

“It feels like coming home, but there is a new team, new guys. It was a good surprise to see the level they have. Immediately we could go into details. We need to go fast because we don’t have so many training sessions,” Sylla said.

“I asked all the guys to give me their impression of the team, what they think about it, where we can go defensively, offensively. Because I need to evolve them.”

Belgium have been sitting out a cycle of national team handball since it pulled out of the EHF EURO 2022 Qualifiers due to governmental restrictions amid the coronavirus pandemic, which made travelling to other countries and hosting foreign teams nearly impossible.

In late October, with the team’s return to the courts for phase 1 of the European qualification for Poland-Sweden 2023 less than two weeks away, head coach Arnaud Calbry decided to step down to intensify his work with his club team, French side US Dunkerque.

It was the moment for Sylla to step back in – once again.

Born in France in 1969, Sylla has Senegalese roots and played for the country at the African Championship 2004 in Egypt.

Having picked up the game as a kid at age 11, he became a right back who spent his entire career with French clubs, including nine seasons with Dunkerque, until retiring and starting as a coach in 2006.

He led Dunkerque to the French cup title in 2011, the first trophy in the club’s history, and later worked at Cesson Rennes and at Handball Käerjeng in Luxembourg.

And at the Belgian national team. Sylla first started in September 2011, was replaced with Guy Petitgirard in 2014, but returned to the job the following year after Petitgirard became the technical director of national federation RBHF.

After his departure in 2018, Sylla worked for one season with Kuwait before following his heart with another return to Belgium after 46 months. 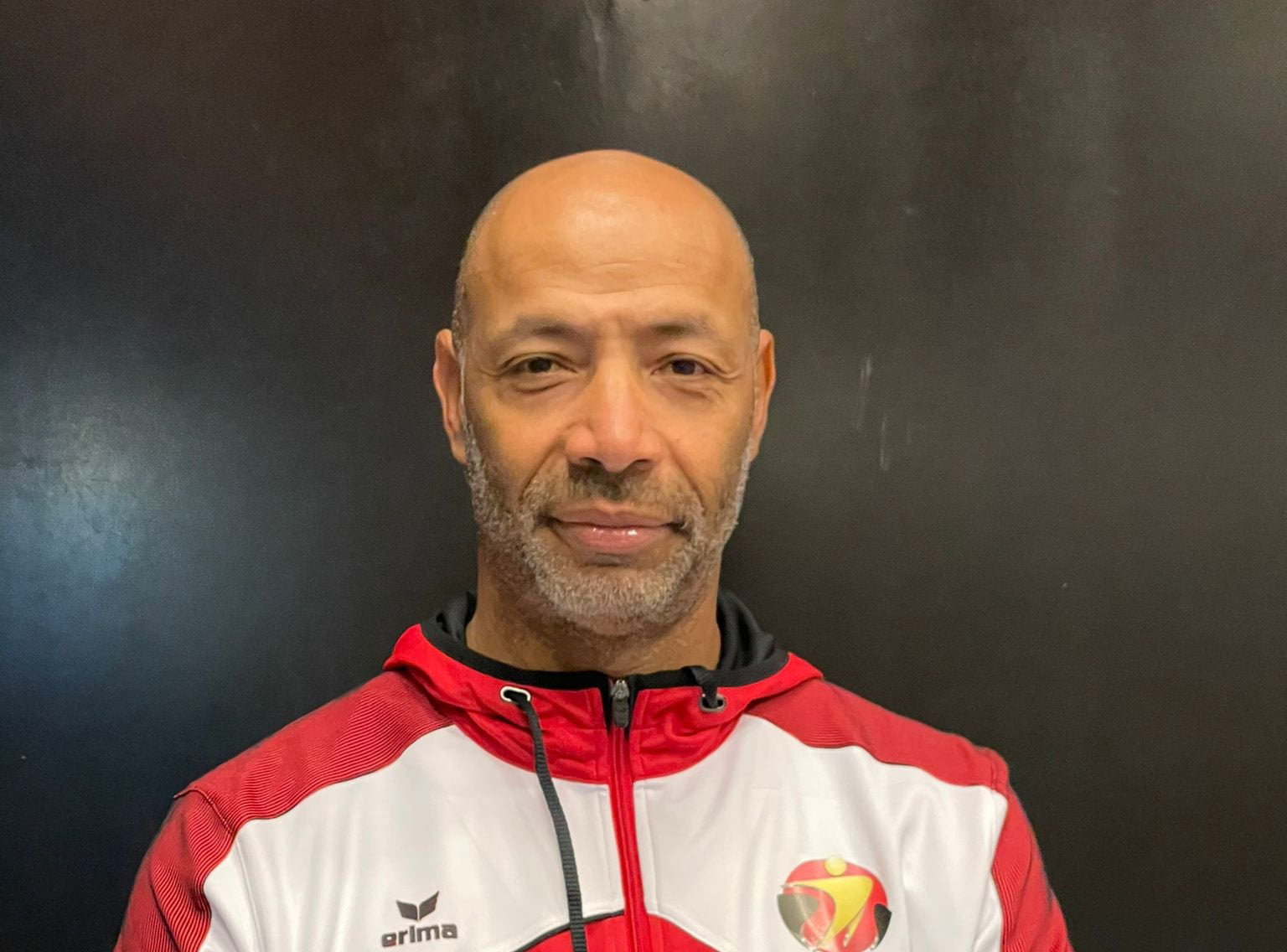 It feels like coming home, but there is a new team, new guys. It was a good surprise to see the level they have got. Immediately we could go into details.
Yérime Sylla
Belgium men's national team head coach

While he will not change the world in two days leading up to the Greece game, Sylla knows where Belgium should improve the most.

“Defensively, definitely, we can go further. Physically we are ready, and also technically and tactically. I think I can push more in defence than I did before,” said Sylla, who has worked together before with several members of the national team who are playing in the French league.

Jef Lettens, for example, as the current goalkeeper of EHF European League contenders Fenix Toulouse Handball, played for Cesson Rennes when Sylla was their coach.

“It is not like there is a new coach, a new philosophy. They know me from before, they know what I like and what I don’t like. So, it is not like we have to start from zero,” Sylla said.

When appointed less than two weeks ago, Sylla brought in former international and Sasja H.C. coach Kevin Jacobs as his assistant. He is the son of former national team coach Alex Jacobs.

“Handball can do with a boost in Belgium, after everything was put on hold during the coronavirus crisis,” Jacobs said. “I think we have to put extra effort in coaching the younger generations. It is important to have people who take a leading role here, like Yérime, and I am very grateful to be part of that.”

For Sylla, coaching is about the small things than can make a big difference.

“In my style, I like the details. The details are really important. If the players don’t do what we talked about and the plan we got, in that moment I can be really angry.”

Shortly after the RBHF had signed Sylla, the federation posted a video clip on its official Facebook page, showing an outburst from the coach in a team timeout during Belgium’s previous match against Greece in January 2018, which they won 33:28 after a rough start.

“Sometimes you have to scream to wake up your team. At that moment I had to do it. And after that, we won,” Sylla said.

“I try to find the good words and the good intensity of words. It can be calm sometimes, too. So, I am empathic. What my team needs, is what I am focused on.”

NEWS: Three teams from the EHF EURO 2022 are already qualified for the second part of the World Championship 2023 qualification phase 2

Belgium, Italy and Faroe Islands proceed to next stage

The race is on for the last three spots

DAY REVIEW: All the teams in group 4 of World Championship 2023 qualifiers still can proceed before the final day

Last three tickets up for grabs

ROUND PREVIEW: The final 10 matches of the first qualification stage for the 2023 IHF Men’s World Championship will be played this week

Israel proceed to next stage; Belgium strike back

DAY REVIEW: A huge win over Moldova lifted Israel to the second qualification stage of the 2023 IHF Men's World Championship

MATCH REVIEW: Greeks through but Belgium remain in the hunt to proceed to the next stage of 2023 World Championship qualification

FEATURE: Winning a medal at EHF EURO 2022 does not just bring European glory, but the certainty of participation at the next world champions…

MATCH REVIEW: After two close defeats against Greece, Kosovo won the qualification thriller against Turkey and now can hope to proceed