Reinkind: “We are not a team that relies on three or four players”

It is half-time in the group phase of the EHF Champions League Men 2021/22 and on Wednesday and Thursday, the reverse fixtures of last week’s encounters are on the schedule of round 8.

The next Match of the Week takes place in Denmark, where 2021 finalists Aalborg Håndbold host 2020 winners THW Kiel on Wednesday (live on EHFTV at 18:45 CET).

The German side won last week’s match 31:28 and now hope to extend their unbeaten series on Danish ground, which includes 13 victories and three draws from 16 duels with Danish clubs in various European club competitions.

“Of course, I hope that we keep this series longer than until Wednesday and that we keep our unbeaten record,” says Harald Reinkind. The 29-year-old right back currently is Kiel’s second best scorer in the competition with 30 goals, behind Swede Niclas Ekberg with 42.

Kiel have 11 points on their account prior to the MOTW and share the top position with Montpellier HB.

“I think we did quite well in the first half of the group phase,” says Reinkind - but immediately points out what was not OK: “The defeat at Montpellier was simply a catastrophe for us and we could have taken more than one point against Szeged, but they are a strong team. In general, we are on the right track.”

For Reinkind and his teammates the first goal is to skip the Last 16 and qualify directly for the quarter-final. In order to do so, Kiel have to finish the group among the two best teams.

“We can save some power, if we skip two matches including travelling, this is our motivation and ambition,” says Reinkind.

In contrast to some shaky weeks in the Bundesliga, including four matches in a row without a victory, Kiel have been more stable in the EHF Champions League.

Reinkind: “On the international stage we managed to decide some matches earlier and could rotate more in the final stages.”

Last week, in the home match against Aalborg, Kiel were ahead by 25:19 and seemed to confirm the win quite early, before they allowed the Danish champions a strong comeback to 28:27.

“We thought we were on the safe side already, but almost gave the match away, we did not want to cause such a thrill in the end. But finally, we made it, that is what counts.” 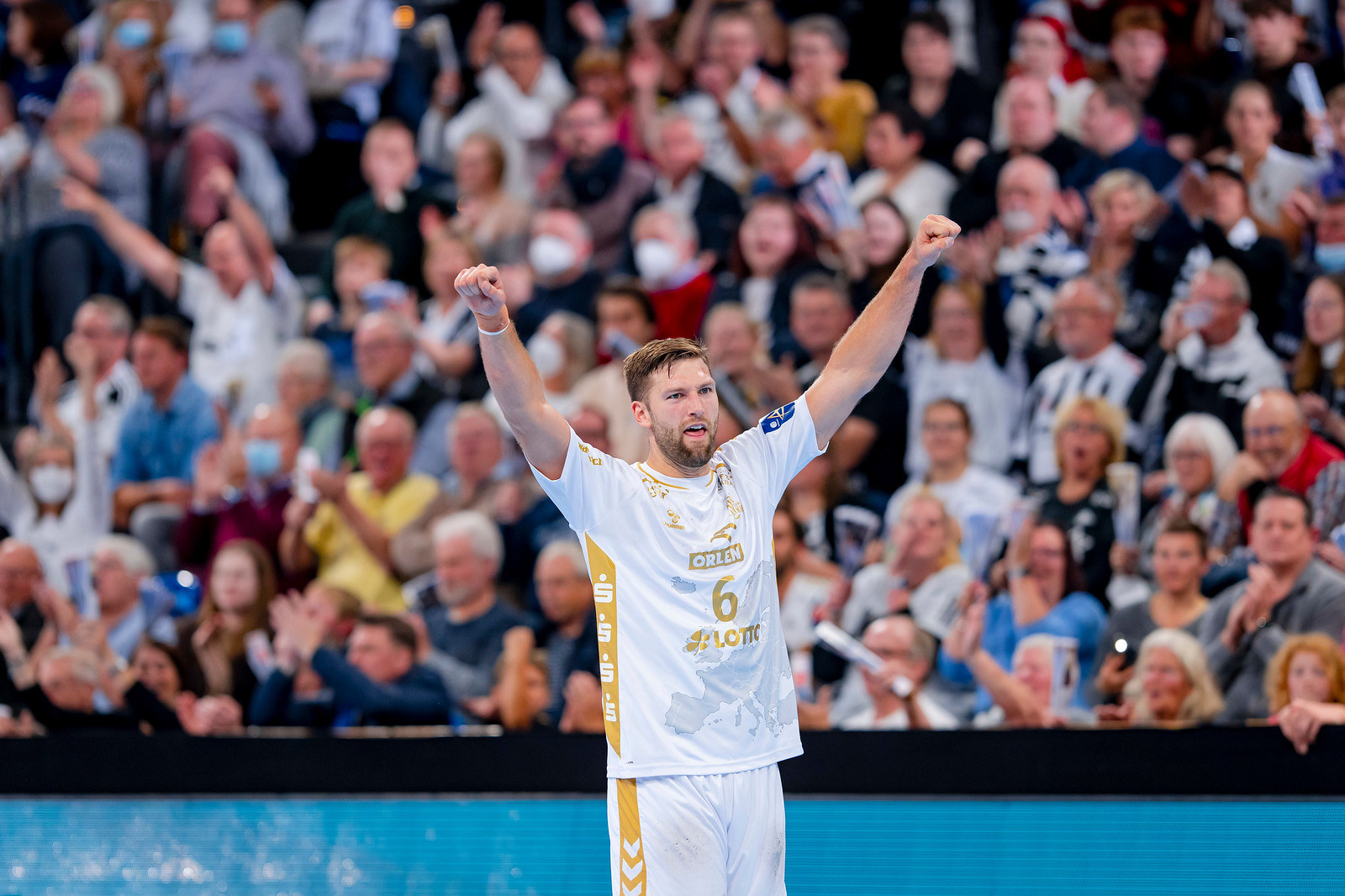 We all hope to make it to Cologne again. It was a pure thrill to win the trophy there, though there were no fans. I was there once as a spectator to feel the action when the arena is fully packed with 20,000 fans. Just thinking about it gives me the creeps.
Harald Reinkind
THW Kiel right back

For Reinkind, Wednesday’s MOTW opponents are anything but a one-hit-wonder after their sensational march to the EHF FINAL4 final against Barcelona.

“They constantly build up stone by stone, piece by piece. Their team roster includes many world-class players and they will bolster it even more in the next years. Definitely, Aalborg belong to the top clubs, kudos for what they have done so far.”

For Reinkind, the match at Aalborg is a special one due to two facts: “Firstly, I like playing away matches in Scandinavia. They are not that far from Kiel, I can speak my language and I like the places where we play.

“Secondly, I will face my friends Kristjan Björnsen and Sebastian Barthold, whom I know since many years from the Norwegian national team. We are connected very well and we spent much time together, they are really good friends.”

The fourth Norwegian on court will be THW centre back Sander Sagosen, who even has a stronger relationship to Wednesday’s hosts, as he started his international career at Aalborg before joining Paris Saint-Germain HB and later Kiel.

In contrast to Sagosen, Reinkind made his way straight from Norway - his club was FyllingenBergen - to Germany: In 2014, he transferred to Rhein-Neckar Löwen, played four years for the Lions and became German champion twice and cup winner once.

In 2018 he joined THW, and right in his first season won the EHF Cup, followed by two German league trophies, one more German cup - and as the biggest highlight the EHF Champions League in December 2020, beating Barça in the final.

“We all hope to make it to Cologne again. It was a pure thrill to win the trophy there, though there were no fans. I was there once as a spectator to feel the action when the arena is fully packed with 20,000 fans. Just thinking about it gives me the creeps. So even as we are in an early stage of the Champions League, I have Cologne in mind my mind and know that every victory brings us a bit closer to Cologne.”

But Reinkind knows that making it to Cologne will be a challenge for all of them: “We are not a team that relies on three or four players, who are on the court for 60 minutes every match.

“The width and quality of our squad is our advantage. We can score from all positions and by all players, so in the end, nobody cares, who scores a goal. We need to have all players fit and healthy for the crucial moments of the season.”