Paris Saint-Germain Handball and Aalborg Håndbold are set to throw off the most anticipated weekend in men’s club handball when they meet in the first semi-final of the EHF FINAL4 2021 in Cologne on Saturday.

While PSG are among the title favourites each season and are entering their fifth EHF FINAL4 event, Aalborg are newcomers to the marquee event as they attempt to crown their standout season.

The winner will meet either Barça or HBC Nantes, who contest the second semi-final later Saturday, in the final on Sunday. 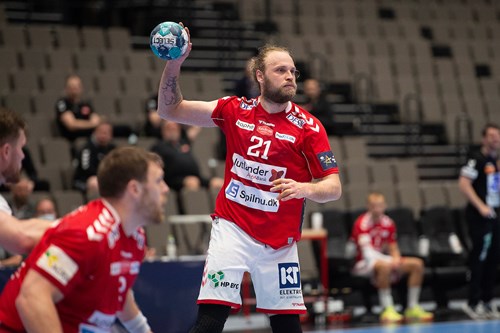 Next Article Barça’s streak put to the test by Nantes

NEWS: Germany in the men and Hungary in the women keep their number one spots in the EHF's place distribution for the 2022/23 club season.

Sarah Bouktit: The fans, the noise...We cannot wait to play…

FEATURE: After a perfect start to the season, Metz are hosting Györ in the MOTW on their return in their legendary Les Arenes

ROUND PREVIEW: Metz and Györ are yet to drop any points, setting the stage for a thrilling Match of the Week in France

Barça finish better than Paris to win Match of the Week

MOTW REVIEW: Thanks to a stunning performance in the last 15 minutes, Barça took the points in a high-level thriller against Paris

GROUP B REVIEW: In a game that was disputed until the last second, Motor’s most experienced players made the difference