“I always think that the best is yet to come, but winning the European League is one of the moments of my career so far,” Placzek said.

“Most of us were playing a European final tournament for the first time, and to be able to win it like that, while we were touted as outsiders before the competition started, it made everything even more special.”

Placzek arrived at Nantes in 2019 after two seasons with another French club, Fleury Loiret. The 27-year-old Polish international had started her career at SPR Pogón Szczecin in 2011.

Placzek and Nantes will learn their opponents for the EHF European League Women 2021/22 group phase on Thursday, when the draw takes place at the EHF office in Vienna.

All info on the draw with an embedded livestream can be found here.

The French side, who has been renamed from Nantes Atlantique Handball in the offseason, took the final step towards the group phase with ease.

“We are really happy about what we showed. Qualifying for the group phase was our first goal,” Placzek said.

Asked about her wishes for group phase opponents, she had one clear answer: MKS Zaglebie Lubin.

“I would really like us to play against Lubin, the only Polish team qualified for the group phase,” Placzek said. “It is always special to play against clubs from your country, and Lubin is not far from where my family lives.”

“There are a lot of big teams in there. We played Baia Mare and Lada last season, Bietigheim also look like favourites for the title. But we don’t fear any team. We know that if we want to keep our crown, we will have to beat everyone anyway.”

Last season, Nantes gradually found the right recipe for their way to the inaugural EHF Finals 2021 in Baia Mare. As the team progressed, confidence grew, leading the players to believe in their chances to win the title.

After Nantes only just qualified for the group phase – edging SCM Gloria Buzau 44:43 on aggregate in the final qualifying round – they started the group phase with a defeat at Lada, before winning each and every match that followed, including the semi-final against CS Minaur Baia Mare (36:34) and the final against Siófok KC (36:31). 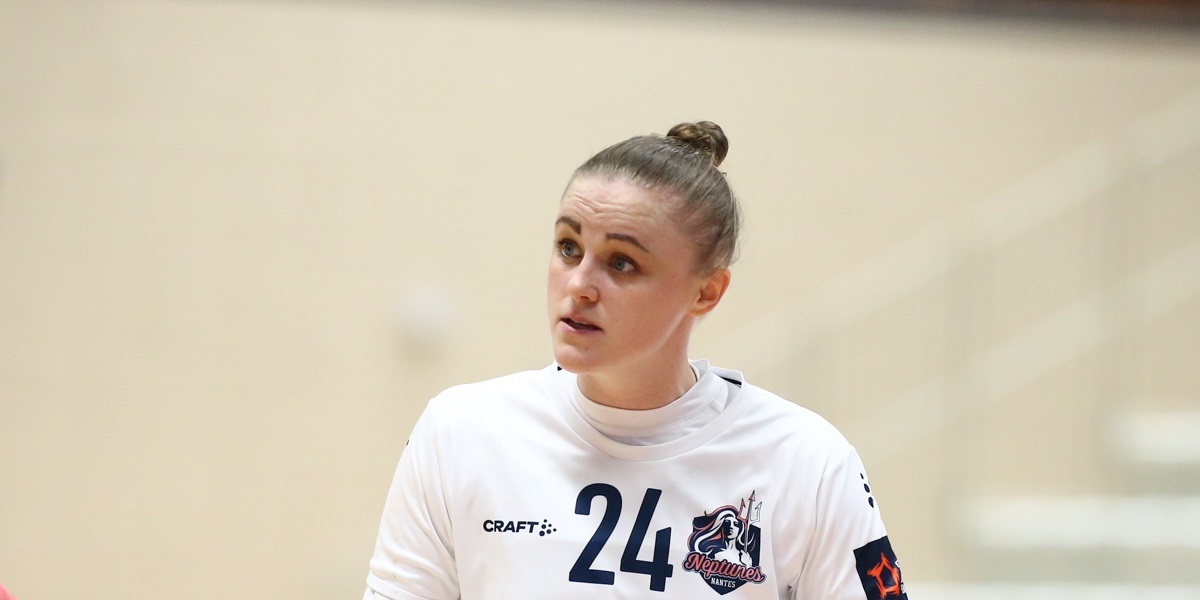 I always think that the best is yet to come, but winning the European League is one of the moments of my career so far.
Adrianna Placzek
Les Neptunes de Nantes goalkeeper

“We know that keeping the title will be even harder than winning it. Last season, we just focused on one game after another. We never said we wanted to win the European League, only spoke about it when we qualified for the EHF Finals.”

Nantes continue the defence of their title when the group phase starts in early January 2022. The team looks even stronger than last season, thanks to arrivals like Carin Strömberg, who joined from Viborg HK, and Amandine Tissier, who came over from DELO EHF FINAL4 2021 finalists Brest Bretagne Handball.

“We are, to some extent, a new team and this feels like a new adventure,” Placzek said. “New players, very good players and we all have to make everything stick together. So, I would say that the pressure is not that high.”

Previous Article EHF and SELECT to stick together until 2024

Bietigheim stroll to third win in a row

GROUP B REVIEW: SG BBM Bietigheim made a huge step towards the quarter-finals, with their third win in a row, 29:19, against MKS Zaglebie Lu…