Hungary (against Portugal) and Spain (against Norway) won their respective main round opener on Tuesday to secure a spot in Friday’s semi-finals at the Men’s 18 EHF EURO 2022 in Montenegro. Four teams are still in the race for the remaining two spots.

With their fourth win in as many games, Hungary and Spain have already sealed their berths at the semi-finals.

Displaying the same attacking prowess as in the three matches of the preliminary round, Spain claimed a 37:30 win against Norway to lead group M2 with the maximum four points.

Joining Spain in the semi-finals are Hungary, whose narrow 24:23 win against Portugal in group M1 was also their fourth in a row. 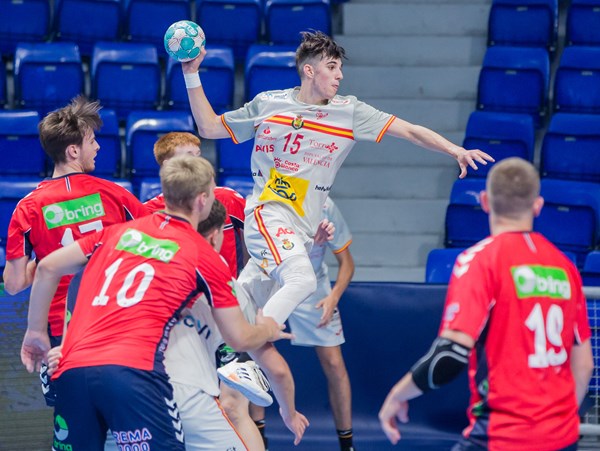 Once again, Spain used their trademark attack to seal the win in their main round opener Tuesday. Their 37:30 win against Norway helped them qualify for the semi-finals, while their average number of goals scored per game is now 38.25. Brothers Petar and Djordje Cikusa Jilicic combined for 12 goals in the game, as Spain were unstoppable at times in attack.

Hungary also rely on an easily scoring pair: Tamas Kovacs and Kirstof Csorgo have been superb throughout the tournament, being integrant to their team’s wins. In the first four games, they combined for 64 goals, ranking them third and fourth in the top scorer standings. Against Portugal, Kovacs and Csorgo netted 17 of Hungary’s 24 goals.

Next Article Can FTC turn EHF FINAL4 dream into reality?