When Cristina Neagu scored her first goal in the EHF Champions League, in Oltchim Ramnicu Valcea’s 27:24 win against SD Itxako in October 2009, she could not imagine this was the first step on her way to a historic milestone.

Just over 13 years later, the Romanian star on Sunday became only the third player in history to reach the 1,000-goal milestone in the European premium competition, with a cheeky shot that beat SG BBM Bietigheim goalkeeper Melinda Szikora in CSM Bucuresti’s 27:25 win in the Match of the Week.

The cameras moved from Neagu to the CSM fans in the stands, who unfurled a banner celebrating the immense achievement and the announcer in the arena also made it known, with a huge roar enveloping the MHP Arena in Ludwigsburg.

“I would never believe to reach this milestone when I started playing in the Champions League, but here we are,” Neagu says.

The left back became only the third player to score in quadruple digits in Europe’s top flight, after Montenegro’s right wing Jovanka Radicevic and Hungary’s former centre back Anita Görbicz.

“I have said time and time again that not the individual performances matter, rather what the team does on the court,” Neagu says. “But, of course, it is something amazing here, to be able to celebrate another milestone.” 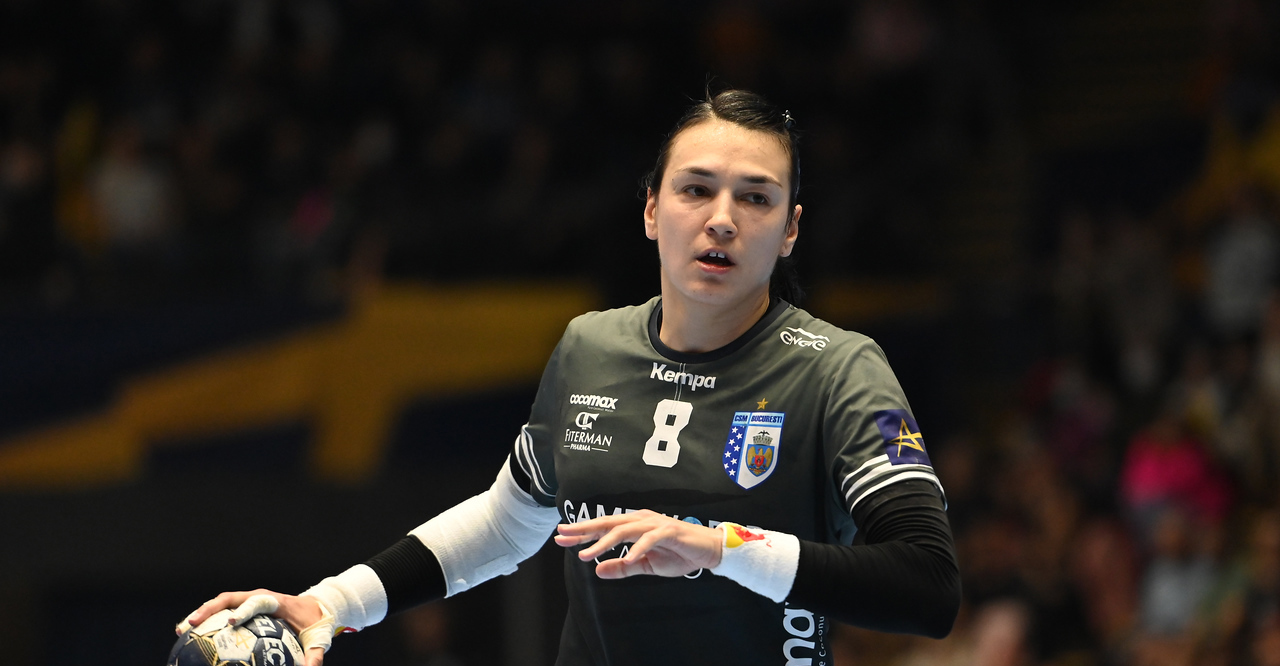 Not the individual performances matter, rather what the team does on the court. But, of course, it is something amazing here, to be able to celebrate another milestone.
Cristina Neagu
CSM Bucuresti left back

Only two months earlier at the Women’s EHF EURO 2022, the spotlight had also been on Neagu when she became the first player, female or male, to score 300 goals at the European Championship.

The three-time top goal scorer in the European premium competition is now on 1,000 goals – 45 less than Radicevic and 16 shy of Görbicz, with at least four games still to be played by CSM Bucuresti this season.

“My career has been plagued with injuries, I missed nearly two years in 2011 and 2012 due to a shoulder injury, while also facing spells on the sidelines after knee injuries in 2013 and 2019. Then, in 2020, the pandemic struck. So, all in all, I have played more or less nine complete seasons in the competition,” adds Neagu.

“This makes this performance even greater, even tougher to achieve, but, once again, I want to emphasize that the success of the team matters more than individual awards or performances.”

Since her emergence on the big stage in the mid-2000s, Neagu has been earmarked as one of the next stars of women’s handball and she has delivered some vintage performances throughout the years.

Take, for instance, the 2020/21 season for CSM, where she scored in double digits in six games. Or the previous season, 2019/20, when Neagu delivered two otherworldly performances in just under a week, to score 14 goals in consecutive matches against Metz Handball and Vipers Kristiansand.

“There are many instant memories from the Champions League, playing for some great teams in my career. But what I love most is that I came back even stronger after every injury I had and those were not some easy injuries that could be fixed,” Neagu says.

“There were grueling times, but if I must highlight something, it is the ability to come back and be in a good form after big challenges.”

The left back has four seasons with over 100 goals in the European premium competition.

Now aged 34, Neagu is still playing vintage handball, being the joint-top scorer of the EHF Champions League this season, with 90 goals. If she wins the top goal scorer title again, she would be the first to win it four times; Nataliya Derepasko and Natalia Morskova also were top scorer in three seasons.

Yet the biggest wish and the biggest objective for the Romania left back is to win the big prize, the title, once again in the EHF Champions League. She has done it once – with Buducnost in the 2014/15 season, when Neagu won her first top goal scorer title, putting 102 goals on the board for the Montenegrin side.

Coming close twice with CSM, Neagu’s dream is now to secure the trophy with her hometown club. The left back is also one goal shy of the record of goals scored in the EHF FINAL4, after five appearances in Budapest, and will need more of the same form displayed this year to win the trophy.

CSM are already qualified for the quarter-finals, losing a single game and winning 10, in their best-ever start of the competition.

“There is still a long way until Budapest, so we will not force ourselves into thinking we are contenders. It would be amazing to get there and fight for the trophy,” Neagu says.

“Of course, there are other strong teams in the competition and we are not favourites. However, this start has been good and we just want to enjoy what we are doing.”

Previous Article Dylan Nahi: “I have not won anything yet”