The fight for Last 16 tickets in the EHF European Cup Women 2022/23 starts this weekend as round 3 sees 17 exciting matches being played this weekend.

While seven matches are first-leg games, five double-headers are also in the schedule, so five participants of the Last 16 will already be confirmed on Sunday. 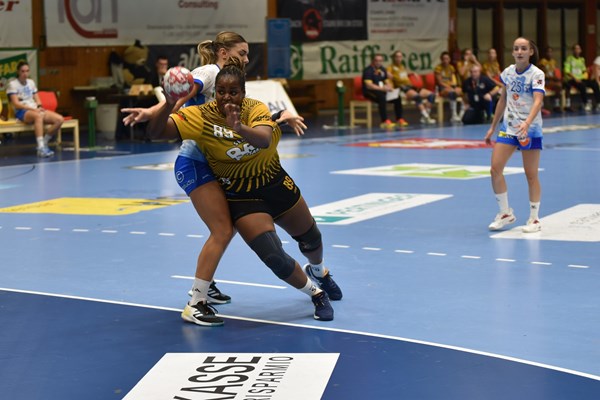 Four Portuguese sides in the race

Portugal is the country with the biggest number of teams in round 3 – four, and they all play this weekend.

Three of them are set to participate in double-headers; only Madeira will host their rivals Vestmannaeyjar. Alavarium Love Tiles are travelling to Poland to meet Eurobud JKS Jaroslaw on Friday and Saturday; on Friday and Sunday, ADA do Sao Pedro do Sul will face Izmir BSB SK in Türkiye.

Sport Lisboa e Benfica will play their first-leg match at ZRK Borac (BIH) on Sunday, with the return leg in Lisbon scheduled for 11 December.

Previous Article Zagreb give Veszprém their first loss of the season

ROUND REVIEW: five teams progressed to the next stage following their wins in doubleheaders

All 32 teams know their round 3 opponents

DRAW REVIEW: The EHF European Cup Women is ready for the next phase of the competition following Tuesday’s draw in Vienna

ROUND PREVIEW: After five teams went through last week, the line-up of the next round will be completed this weekend

ROUND 2 PREVIEW: 18 tickets to round 3 are at stake in an action-packed schedule from Thursday through Sunday

ROUND REVIEW: the action-packed weekend determined eight clubs who secured their berths in the next stage