Interest in the new EHF Champions League season is reaching a new height – even before the first ball has been thrown.

Friday’s draw for the 2021/22 group phase of the continental top flights in men’s and women’s club handball will be broadcast live from Vienna to no fewer than 22 countries. 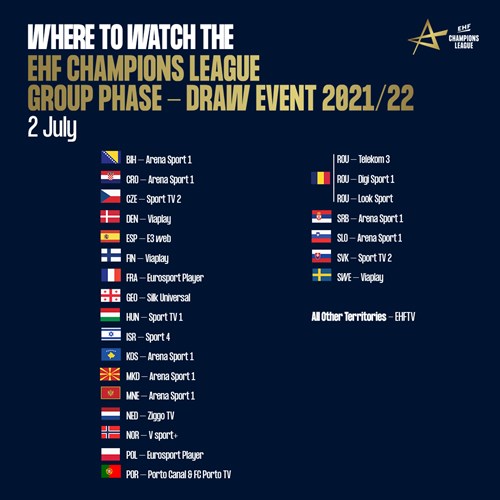 Fans in any country without live TV broadcast don’t have to miss anything from the draw, as the event will also be streamed live on EHFTV, the Home of Handball YouTube channel and the EHF Champions League Facebook page on Friday from 11:00 CEST.

NEWS: 16 participants of the 2021/22 season will learn their group phase fate on Friday

GROUP B REVIEW: Elena Mikhaylichenko's 10 goals helped CSKA to claim a three-goal win against the title-holders