There was plenty of drama in the second leg of the qualification phase 2 of the EHF European League Men, as the last 12 available berths for the group stage were claimed.

The scrapping of the away-goal rule, which means that tied teams go directly to penalties, was in effect for the first time. Kolstad Handball missed out on a group phase berth, after being eliminated on penalties by Bidasoa Irun, despite mustering a solid comeback to cancel the first leg deficit.

RK Nexe, FTC and Fejer B.A.L-Veszprem also turned their matches around after conceding losses in the first leg, sealing their group phase berths in style.

RESULTS: It was a big night in #ehfel handball action tonight with qualification to the group stage secured for 12 teams. How did you favourites get on? pic.twitter.com/ePS6VRD7Tg

The evening featured a roller-coaster of emotions, with plenty of sides mounting gutsy comebacks to seal their place in the group phase. There were three big comebacks and another one falling short on penalties. 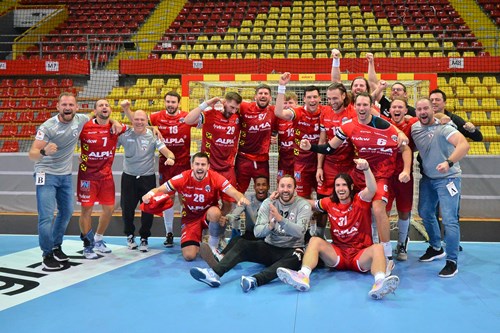 Portugal, Germany, Spain, and Hungary are the countries which will have three teams in the group phase, after two sides from each of these countries progress.

It was a dramatic evening for the two Hungarian sides – Fejer B.A.L.-Veszprem and FTC - who sealed comebacks to proceed against Chambery and CSA Steaua Bucuresti.

France and Denmark will line up two teams in the competition, while Austria, Iceland, North Macedonia, Croatia, Slovakia, Sweden, Switzerland, and Ukraine will each have one team, as the 24-team card is now complete.

Previous Article Can Ystad also surprise in the European League?