Dmitrieva: “I have recharged my batteries”

After winning silver with Russia at the Olympics 2020 in Tokyo in August, CSKA captain Darya Dmitrieva decided to take a break in her career.

The 26-year-old missed the first part of the season, both on club level and with the national team. She did participate in the Women’s IHF World Championship 2021 in Spain but returned to the court in late December for her club CSKA.

The matches she has played so far included the DELO EHF Champions League game at Odense Håndbold (27:27) last Sunday.

“My current form is far from perfect, but I think that playing games will help me to gradually improve. The hardest thing is to gain physical shape,” Dmitrieva told eurohandball.com.

“Besides, I feel some pain in my shoulder when I shoot. It is because I lost the habit of throwing the ball.”

The centre back, who scored three goals from five attempts in Odense, had mixed feelings about that game.

“We had to win, it should have been our game. But we made some childish mistakes and missed a few shots on empty goal as well as a penalty. On the other hand, a draw away from home is not a bad result, especially given that we lost against Odense at home.”

Now CSKA are preparing for the next game in the continental top flight: the Match of the Week on Sunday against the titleholders Vipers Kristiansand, who boast a four-match winning streak. However, the Russian team beat Vipers in Norway earlier this season: 27:24.

Dmitrieva, who watched that game online, is quite optimistic now.

“I think everything will be good. We will watch the match in Kristiansand once again and make a thorough preparation. In Norway, the girls did a great gob. I think it was one of CSKA’s best matches.”

After the Olympics, the Russian centre back decided to suspend her career because of exhaustion. Russian journalists calculated that she had played 376 competitive games in 10 years, and fatigue started to take its toll. 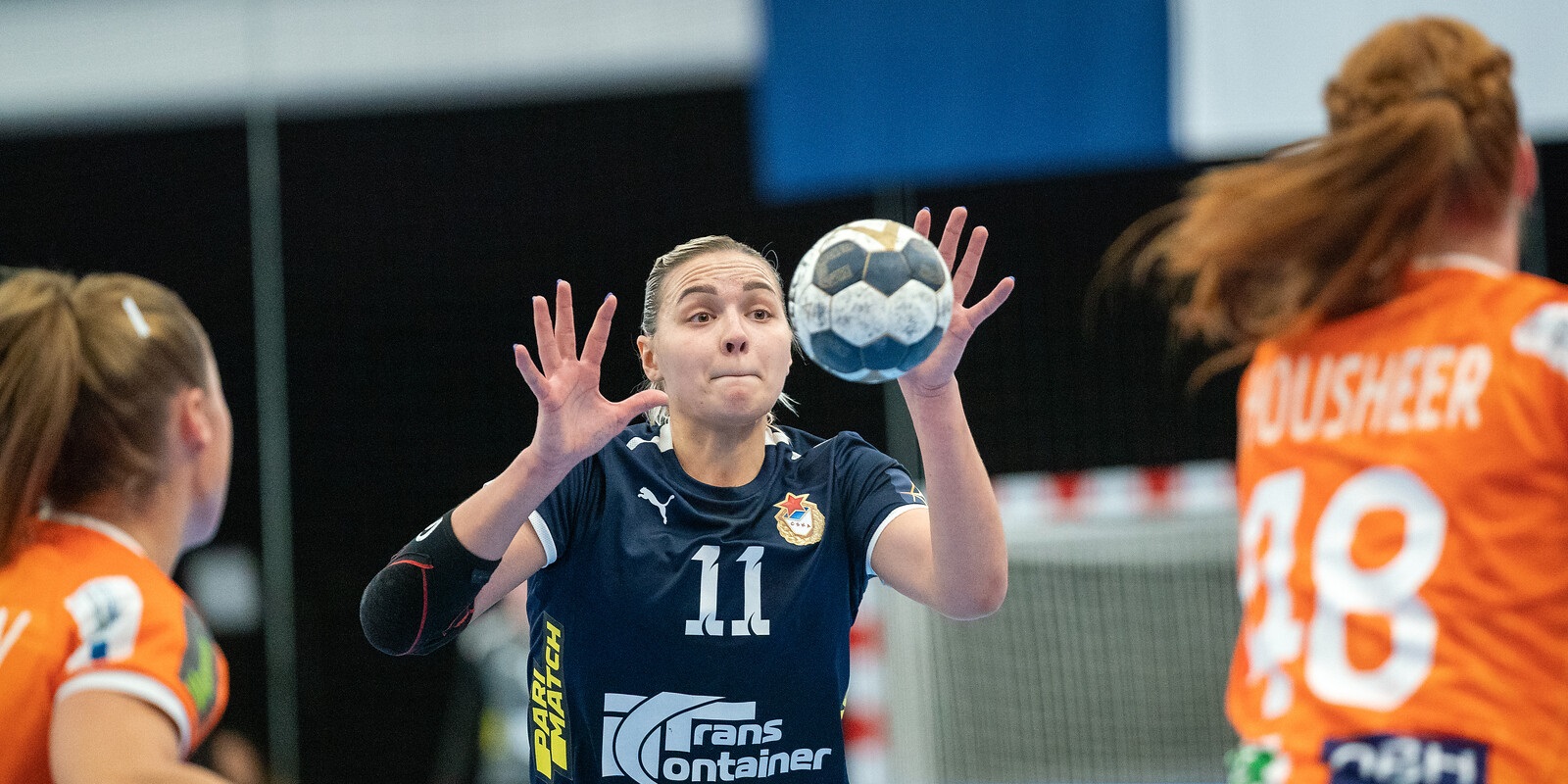 I was even more tired mentally than physically, so my brain needed a rest. After the Olympics, I didn’t even want to watch handball
Darya Dmitrieva
CSKA centre back

“I was even more tired mentally than physically, so my brain needed a rest. After the Olympics, I didn’t even want to watch handball,” Dmitrieva said.

“But after a while, I started to miss the game. And when I watched the World Championship matches, I felt that I wanted to be on the court again. I saw the girls playing and was reacting like: ‘Damn, why did you pass the ball there?’”

She has seen all CSKA matches this season, either online or from the stands, and kept in touch with her teammates. And while the team has gone through some changes, the player thinks that the basic principles have remained the same.

“The core has stayed, and Ana Gros is a good reinforcement. Now our game is a bit different because Ana’s qualities allow to shoot more from the back court,” Dmitrieva said.

“The basic requirements are the same: defence is the key. In this respect, Florentin Pera is similar to Russian coaches, we have been taught to play like that since childhood.”

During the four-month break, she visited her family and friends in home town Togliatti, and also traveled to the Maldives together will fellow Russia star Anna Vyakhireva, as the Rostov-Don player has also been taking a break from handball since the Olympics.

“We had a very good rest there. The Maldives is the place where we could stay away from handball, as we rarely went online. Thanks god, no one recognised us there, and this is actually a place where you don’t interact much with other tourists,” she said.

While Vyakhireva was not planning to resume her career this season, good friend Dmitrieva is already back on court, as she had agreed with CSKA in advance that her pause would last only until December.

“I think I have recharged my batteries, and even when I feel some tiredness now, it is a pleasant one,” the centre back said.

Now, she is focusing on reaching the goals with her club.

“Last year, we won the Russian league and reached the DELO EHF FINAL4 and now we want to do the same,” she said, and added: “In the Champions League we are actually eager to do better than last season when we finished fourth.”