Leca – Love Tiles and CBMP Ciudad de Malaga will have one aim, and one aim only when the EHF Beach Handball Champions Cup 2022 takes place in October, and that is to keep hold of the women’s and men’s titles they won in 2021.

The pair are set to defend their championships at Porto Santo, Madeira from 20-23 October, though they will face 15 sides determined to stop them from leaving with the trophy.

It is the first time that Portugal has hosted the Champions Cup, and the home crowd will be cheering on home sides Leca Love Tiles, the defending women’s champions, and V.Gaw, the 2021 men’s silver medallists from last year’s tournament in Isola delle Femmine, Palermo.

There will be four groups of four and the women's champions will start in a pool with Hungary's OVB Beach Girls, Germany's Bruder Ismaning, and Beachqueens from Switzerland. 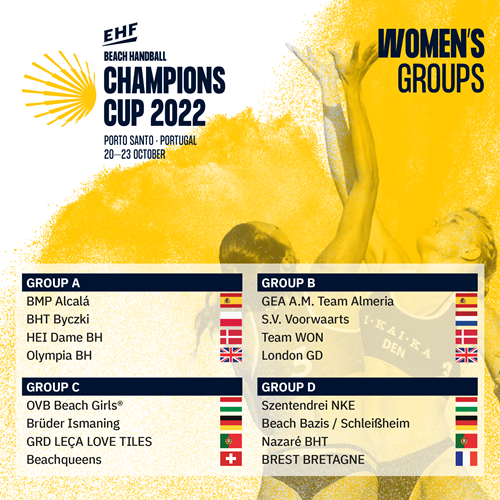 Malaga have been placed in Group A, where they will take on Norway's Hg Gokstad, BHT Petra Plock of Poland and Portuguese outfit Vegetas BHC. 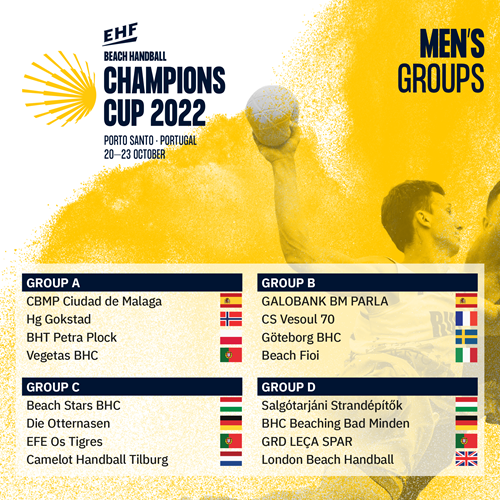 One of the leading sides chasing Leca-Love Tiles is the 2021 runners-up GEA A.M. Team Almeria. Captain Asuncion Batista leads the team and she is helped on court by Luisa Toro and Patricia Conejero.

“We will arrive at the Champions Cup with the team almost complete and eager to close the beach handball year by having a great championship, with an eye on the medals,” Batista said.

“Year after year the teams continue to grow and right now it is very close. All our rivals will be very difficult and tough, so we’ll have to do our best if we’re going to make it to the final playoffs.”

Next Article Empowering referees to adapt to and handle pressure