The 30-year-old Icelandic star will make the move from Barça on a three-year deal in the latest signal of intent from the Danish champions as they strive to become a force to be reckoned with in European handball, following their signature of Mikkel Hansen in February from the 2022/23 season.

"It is huge for us, that we are able to present a player of Aron’s caliber. He is one of the absolute best players in the world, and it is with great pride, that we have succeeded in bringing Aron to Aalborg Håndbold. Of course, I have big expectations that he can help to further push our development and help us reach our huge ambitions," Aalborg’s director Jan Larsen said in a press release from the club. 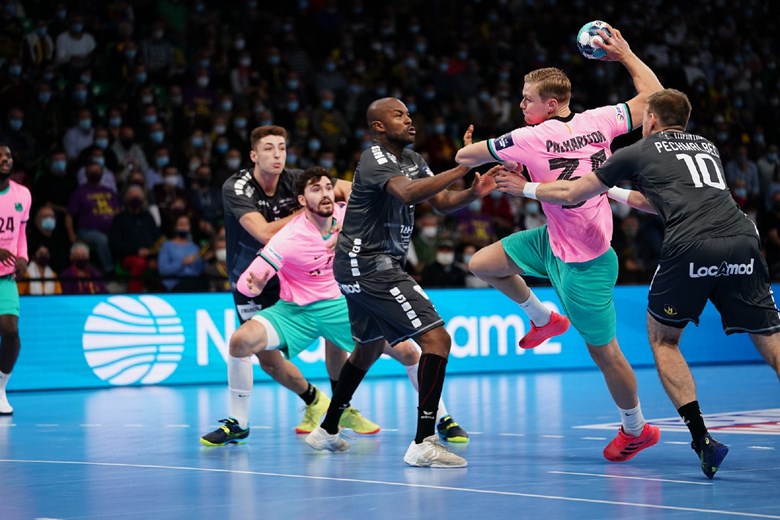 High expectations is something Palmarsson has lived with throughout his distinguished career. Since his first move abroad in 2009 to THW Kiel, the back court player has been a mainstay at the top of European club handball, reaching the EHF FINAL4 on eight occasions with Kiel, with whom he won the title in 2010 and 2012, Veszprém and Barça.

It is that pedigree and ability to perform on the biggest stage which Aalborg hope to benefit from as they try to make the major breakthrough in the EHF Champions League and Palmarsson is keen to deliver.

I see it as a very interesting challenge, and I am extremely excited to join Aalborg Håndbold. They have done a great job for several years, and I have heard many positive things about the environment and surroundings at the club, which I am looking forward to being a part of from the upcoming season. I am still highly motivated and hungry for more titles," says Palmarsson.