Spain have ended the Men’s EHF EURO Cup 2022 on a high. In a rematch of last year’s EHF EURO final, the reigning European champions defeated Croatia 34:22 Sunday evening in the last match of the competition in front of 500 spectators in Pontevedra.

The result did not affect the final standings of the EHF EURO Cup, as Spain remained in third and Croatia in second place. Hungary had already been confirmed as the winners.

For Spain, Sunday’s match against Croatia was about more than just closing their rather disappointing EHF EURO Cup campaign in a positive way. It also marked the start of their preparations for the Tokyo Olympics, which throw off in less than a month’s time. The team of head coach Jordi Ribera will be pleased with their second half, but also be aware that their opponents were not out on full force. That will be different in Tokyo, where Spain can expect stiff competition in a group with the likes of Germany, Norway, and France. Croatia have not qualified for the Olympics. 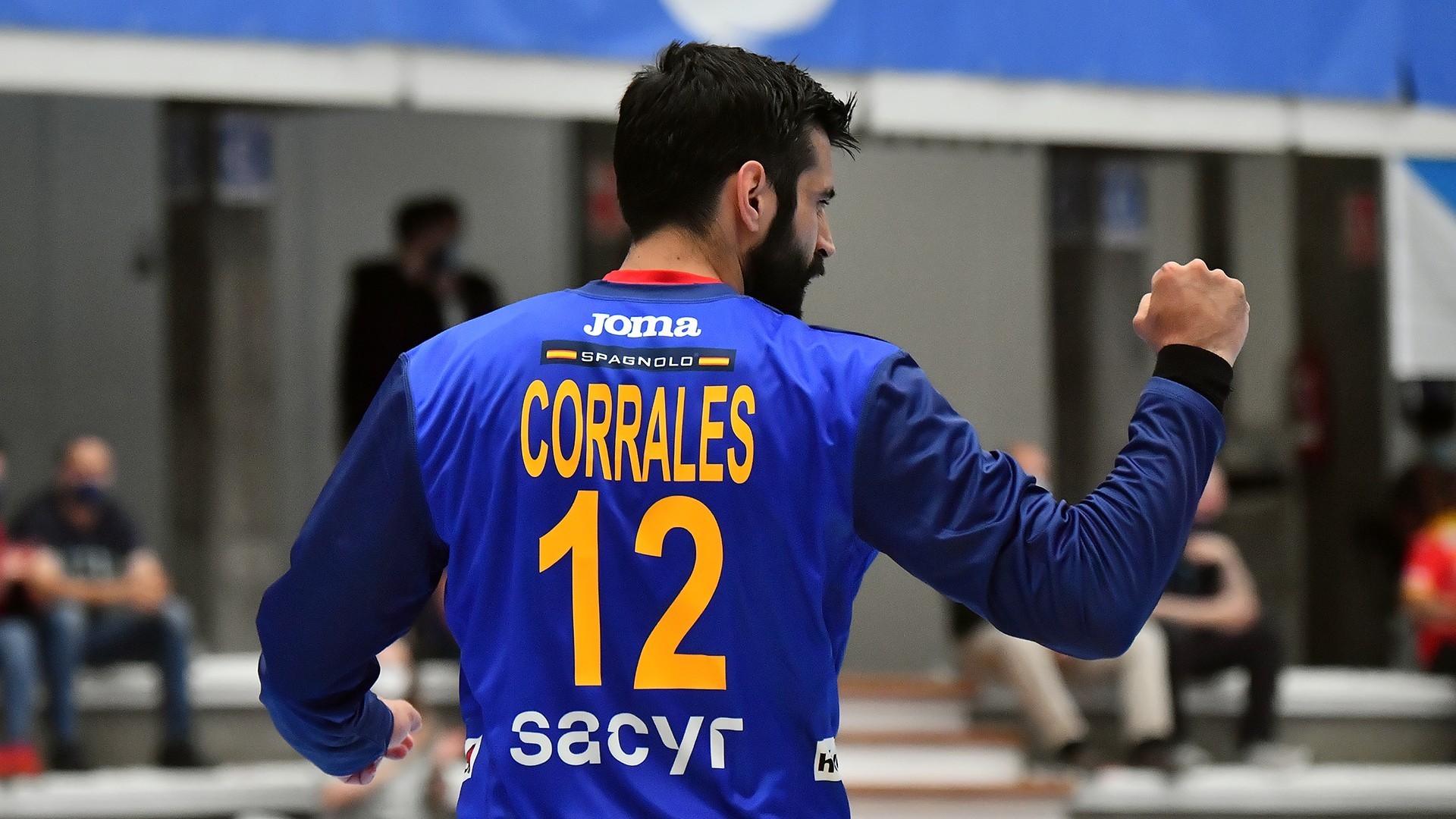 It was difficult for us in the beginning, it was a young Croatia side with a lot of desire. In general we played well, both in defence and in attack, with fluidity. We are still far from the Olympic Games, it is important to have won but the real objective is to arrive in Tokyo well prepared.
Rodrigo Corrales
Spain national team goalkeeper

GROUP I PREVIEW: France and Denmark aim to extend unbeaten runs, while three teams hope for first main round wins

GROUP II PREVIEW: Pivotal games to be played on Friday, with Spain, Norway and Sweden setting their sights on improving their winning streak…

Martinovic: 'I trained my whole life for this moment'

FEATURE: Set to make his EURO debut in 2020, Ivan Martinovic was sidelined due to injury. In 2022, he plays a key role for Croatia

GROUP II REVIEW: Spain won the fourth game at the EHF EURO 2022, 29:23 against Germany, and took a big step towards a semi-finals berth

Montenegro open main round with stunning win against Croatia

GROUP I REVIEW: Thanks to a strong performance from goalkeeper Nebojsa Simic, Montenegro easily beat Croatia in their first main round game

The battle for the final weekend starts in Budapest

GROUP I PREVIEW: Six teams, spread across three high-octane games on Thursday, start their journey to the main round in Budapest

Title-holders eye another step towards the semi-finals

GROUP II PREVIEW: Top-ranked Spain and Germany face in a crunch tie as the main round throws off in Bratislava

GROUP C REVIEW: Croatia can still hope for a main round participation after they managed to easily outclass Ukraine

GROUP E REVIEW: The defending champions rested many players and were close to their first EHF EURO defeat in four years