After 11 days of handball and 55 matches, the much-awaited answer will be clear on Sunday: either Portugal or Spain will become the Men's 20 EHF EURO 2022 champions.

It has been a magical tournament for the two Iberian rivals, but especially for hosts Portugal, who can become European M20 champions for the first time if they win their sixth game of the tournaments.

On the other hand, Spain can become only the third country to win three gold medals in the competition, after Denmark and Germany.

In the bronze medal match, both Serbia and Sweden are aiming for their first third-place finish at the M20 EHF EURO after suffering losses in the semi-finals on Friday evening. 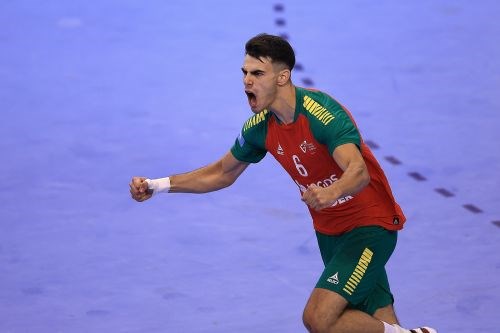 Other matches on Sunday

Next Article How do you stop two unstoppable attacks at the M20 EHF EURO 2022?

MAIN ROUND REVIEW: Portugal and Serbia are the other teams in the Men’s 20 EHF EURO 2022 semi-finals

Main round starts without titleholders Slovenia

PRELIMINARY ROUND REVIEW: Eight teams have advanced to the next round of the Men’s 20 EHF EURO 2022 in Portugal

Hungary and Germany finish with wins at M20 EHF EURO 2022

PLACEMENT MATCHES REVIEW: Hungary and Germany ended M20 EHF EURO 2022 on a high as they beat France and Denmark on Sunday

The story of Spain's epic comeback

FEATURE: Spain delivered a superb comeback in the M20 EHF EURO 2022 final against Portugal, but what is the story behind it?

BRONZE MEDAL MATCH REVIEW: With a strong start that restricted Sweden in attack, Serbia sealed the bronze medal at the M20 EHF EURO 2022